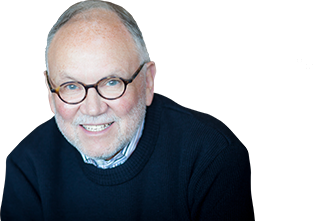 Seattle has long been the birthplace for companies that are known as much for their great products and customer service as they are for their socially responsible employment practices.

Before “conscious capitalism” became a popular catchphrase, progressive-mind- ed employers in Seattle embraced a business model that believes that if you treat your workers well, pro ts will follow. Some of these homegrown companies have evolved into global icons (REI, Costco, Starbucks, Nordstrom) while others, like Dick’s Drive-In, Ivar’s, Tom Douglas Restaurants, Tutta Bella and start ups like Mod Pizza have become local favorites with a cult-like following. What they all have in common is a belief in the philosophy that humanity and pro t can co-exist; at the end of the day, a business that values its employees as much if not more than its customers, will be rewarded.

In Seattle, businesses provide jobs and over 50 percent of all tax revenue for the city, not to mention that business owners have supported more than $4 billion dollars of legislation in this city.

Are there a few rotten apples in the business community? Sure there are. But Seattle’s city government sees business as nothing more than a necessary evil, focusing on a few bad actors and unfairly painting every employer with the same brush. In the punitive effort to punish the bad apples, Seattle has become an incubator for misguided labor policies that threaten employers, entrepreneurs and employees who want and are trying to do the right thing. If we are look- ing for perfect, that world does not exist. None of us are perfect nor are any businesses perfect. It seems as though the city council is operating under that old saying, “nothing is impossible for the person who doesn’t have to do it”. Schedules are never perfect, business is unpredictable, and people’s needs are always changing.

The latest cause du jour centers around how employers provide and manage schedules for their people. The Seattle City Council and our mayor have decid- ed that employers who rely on a  exible, part-time workforce are greedy capital- ists who exploit their workers. Companies like Costco, REI, Starbucks, Ivar’s and Dick’s Drive-In are now accused of abusing their workers because they offer the exibility of part-time work. This is an unbelievable insult.

As the former president of Starbucks International, I spent over two decades helping grow Starbucks from a local coffee shop to a global one. I took great pride in helping to cultivate Starbucks’ reputation as one of the best companies in the world to work for. Their famously generous employee bene ts for their partners include full health coverage, free food, bus passes, 401K, education assistance, stock rewards, bonuses and more. The company is noted for its in- credibly high employee satisfaction rate, perennially earning a spot on Forbes’ and Fortune’s annual “Best Companies to Work For” rankings. Starbucks em- ployees say that they “love receiving bene ts and stock rewards at 20 hours/ week,” and rave about the “potential for anyone to move up the ladder.”

Indeed, most of the baristas work part time, but that does not make them any less meaningful than someone who works full time. The baristas working for Starbucks are all treated as an important part of the organization. They aren’t just employees, they are partners.

Companies like REI, Costco, Starbucks, Dick’s Drive In, and many others lead by example. They don’t need a government mandate to put employees before pro t. It is just part of their progressive philosophy and business model. Of course sometimes in all organizations there are scheduling problems, but do we need to legislate in order to deal with the few?

If the Seattle City Council, Mayor Murray and the labor unions pushing their new scheduling agenda have their way, the new business model for these com- panies will be dramatically different. The new model will severely restrict a company’s ability to schedule workers, limiting employment opportunities for those who need the work most. The  exibility that part time employees want will disappear, because when you restrict one side it automatically has to affect the other side. Workers with few skills, teens from underserved communities and minorities will suffer the greatest impact. What do you think happens to their job prospects when the city gets rid of part time jobs and makes it prohibitively expensive and dif cult to hire? Not to mention the wedge such policies drive between workers and their employers.

Rather than fostering a spirit of collaboration and mutual respect between work- ers and employers, it pits them against each other. Workers are told by labor unions and the Seattle City Council that employers are villains who, if not for the regulation of government, would take advantage of them. Employer’s primary and driving consideration will become fear of penalties and lawsuits instead of what is best for their workers, their company and the community. How does this help anyone in Seattle?

We want a community that stands for people but recognizes that good, honest, caring business is the key element in providing jobs and income. One of the city’s great business leaders recently stated that for the  rst time in his business life here he felt like he was being seen and treated as a criminal.

Howard Behar Seattle is losing its reputation as a progressive city with a strong entrepreneurial spirit. Instead, we are increasingly being viewed as a city with a heavy regula- tory hand that is run by narrow-minded activists and a hypocritical and out of touch ruling bureaucratic city government. We are moving quickly from a pro- gressive pragmatic city to a permissive one—where accountability and truth are seen as weaknesses rather than strengths; where only certain kinds and sizes of companies and industries are targeted with new regulations.

One of the union proposals in the new scheduling law is that only large retail and hospitality companies are included. If the regulation is such a good policy, why aren’t all part timers and industries covered? Are other part timers not worthy of the same protection? Isn’t it amazing how the concept of fairness disappears when the City Council wants to regulate business?

Just how out of touch our elected of cials have become is illustrated by Mayor Murray’s newest initiative to help get young people working. Noting the discrep- ancy between the city’s 3.5% general and 13% youth unemployment rates (and an even higher 28% for African American youth), the Mayor’s Youth Employ- ment Initiative is asking private sector partners to join with the City of Seattle to invest in youth employment and paid internships. The goal is to provide job opportunities for 4,000 young people in Seattle.

What a wonderful goal! Starbucks and a number of other companies announced last year a nation-wide program to hire 100,000 minority and underserved young workers who face systemic barriers to jobs and education.

How does the City Council not see the connection between labor’s proposed re- strictions on scheduling and efforts to get more young workers in the job force? Labor unions want to make sure that all existing employees get offered any extra hours  rst. Under their proposed rules, companies will have to get permission from their employees before they can take on the Mayor’s challenge of helping underserved kids get work experience. That permission will have to be in writing, signed by both employee and employer, and kept for three years. The truth of the matter is, the union wants less part time jobs, not more.

Instead of encouraging employers to hire disconnected youth, most of whom are minorities, by offering schedules that  t the diverse demands of young people, the City Council is ready to mandate strict schedules that punish working people. It is heartbreaking for progressive employers who aspire to make a difference in our communities to see our elected of cials act so recklessly. It is infuriating to come to the only rational conclusion: Our city government is becoming corrupted by the same forces and is pursuing an agenda to reward their own favorite special interests.

What other possible reason could there be to pursue regulation that is designed to eliminate part-time hours? After labor contributed thousands of dollars to get the Mayor and City Council members elected, the city’s elected leaders are pushing legislation that was literally drafted by labor unions. The restrictive scheduling legislation they are championing reveals their true agenda—regulate part time work out of existence. They do not seem to understand or care for the actual needs of struggling low-income young people. The same sort of ideolog- ical agendas and political payback that has destroyed our faith in our national government is repeating itself right here in the “other Washington.”

This article is not in defense of capitalism or how commerce creates jobs. Such defenses have long lost any meaning to a city council and a mayor that have almost zero idea of what makes a business work. Rather, this is in defense of a city I love, and a call for a simple choice: Will our city’s political leaders put the demands of special interests before the employment needs of its low and mid- dle income young people? Will they continue to focus on solutions in search of problems? Or will they take on the bigger challenge of things that really matter, like paid family leave?

Sadly, in Seattle, the answer is becoming obvious. Seattle businesses have got- ten it right for a long time. They care about their community and their people. Isn’t it about time that the caring is reciprocal? If you are always looking for what’s wrong in life, then that’s what you will  nd. Maybe in this case we can ask the question the other way: What are our business’s doing right? I am sure we would have a whole different set of answers. 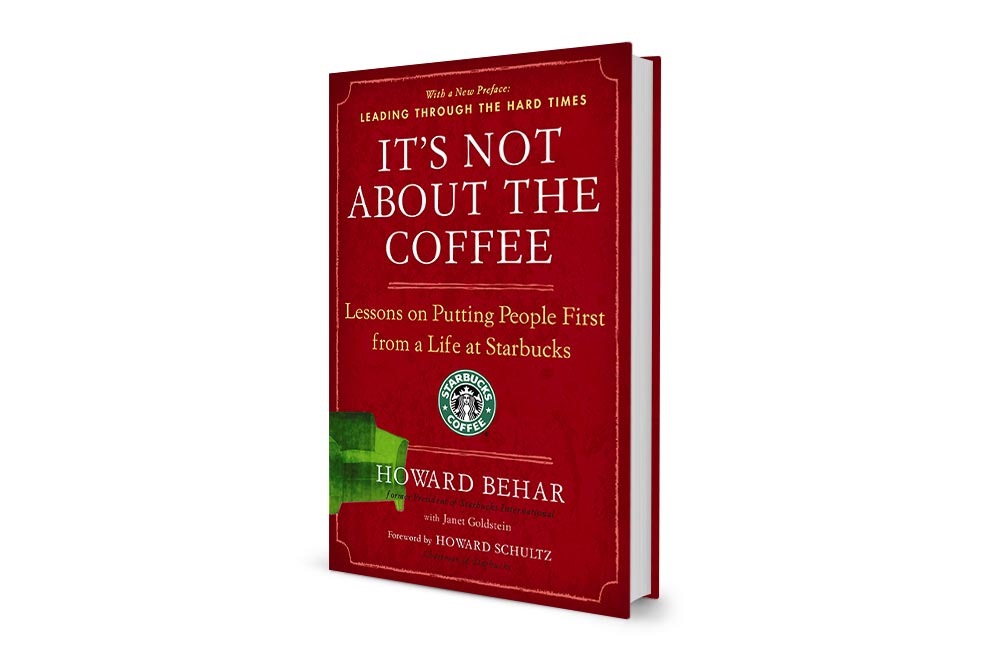 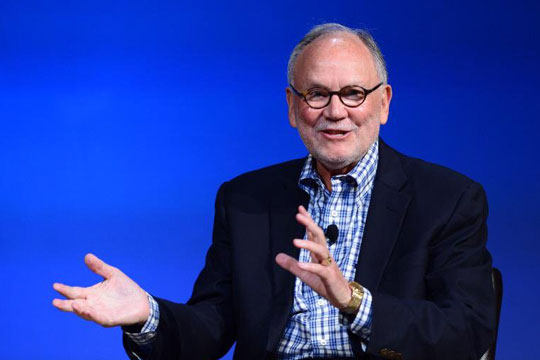 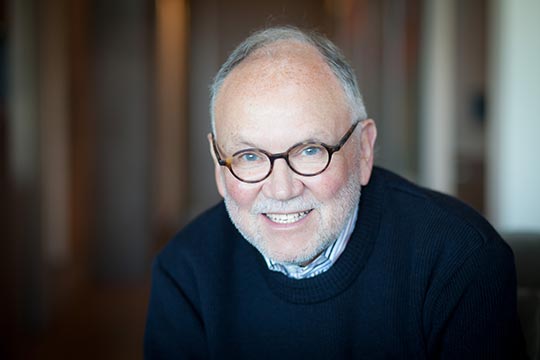